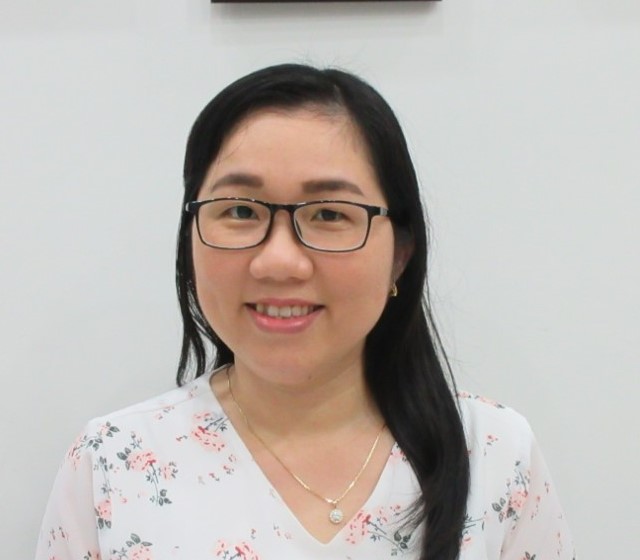 Ms. Hoang Thi Hong Loc (Lucy Hoang) was awarded the Fulbright scholarship in 2012. The scholarship was fully granted by the United States Department of State to study a Master by Research in Public Policy at Fulbright Economics Teaching Program. [The program is a joint program of the University of Economics Ho Chi Minh City and the Harvard Kennedy School and later transformed into a school under the Fulbright University Vietnam]. Thanks to this program, she had a valuable chance to study in-depth a variety of economics subjects and models such as Applied Econometrics, Development Policy, Regional and Local Development.

She has been teaching at the College of Economics, Can Tho University since 2008. In addition, she has published many scientific articles and worked on multiple research projects dealing with different economic issues of the Mekong Delta Region and Vietnam. She successfully supports numerous local government agencies, helping them to build their negotiation, leadership skill and to develop the local economy. Besides, she possesses a Youtube channel that gained a YouTube Creator Awards for having more than 194,000 subscribers. This channel is evidence of what she is doing as a businesswoman in the field of Circular Economy.

Mrs Lucy Hoang is particularly interested in sustainable development studies. Her PhD thesis is titled “The contribution of tertiary education to sustainable economic development: the evidence from seafood industry in Vietnam”. Her further research will focus on sustainable production in aquaculture and wastewater-related issues from the point of view of an economist.